By R.C. Christiansen
Seen here is Bob Fritz in his Concordia College (Moorhead, Minnesota) uniform in 1934. A year later, he would coach and play to lead Winnipeg to its first Grey Cup victory. Fritz grew up in International Falls, Minnesota, where he played high school basketball alongside Bronko Nagurski. While the Canadian-born Nagurski went on to help an American team to win a national championship, the American-born Fritz went on to help a Canadian team to win a national championship. 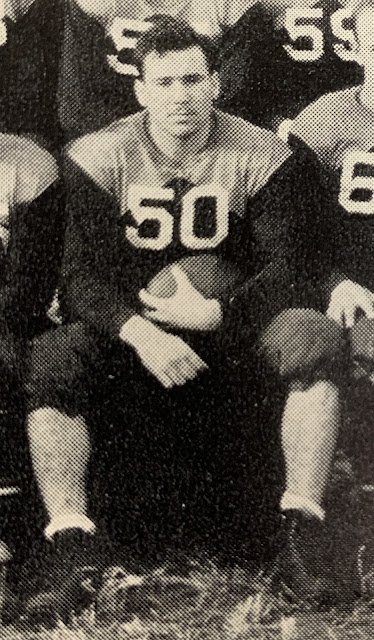